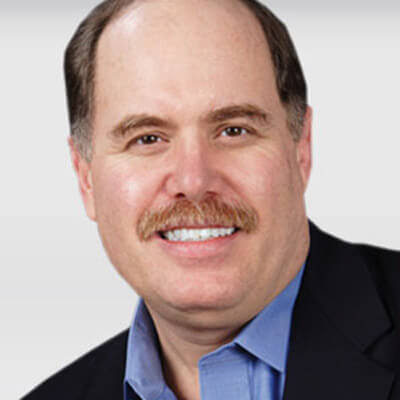 I am the founder and Managing Director of MSA Worldwide (“MSA”), a provider of domestic and international franchise advisory services.

During my professional career, I have been a senior operations officer, financial executive, consultant or accountant for companies within the franchise, retail, restaurant, personal services, healthcare, hospitality, education and service industries. I have also been both a franchisor and franchisee. The International Franchise Association has published that MSA Worldwide is “the leading strategic and tactical advisory firm in franchising.”

I have consulted both domestically and internationally for companies on the appropriateness of franchising, licensing, and other methods of down-stream distribution of products and services; the design, development and implementation of franchise and licensing systems; and for established franchisors, non-franchisors and other multi-unit operators. MSA Worldwide also provides other professional services including but not limited to manuals; training programs; franchisee recruitment strategies; franchisor expansion strategies; real estate site selection and site development; franchisee advisory councils; franchise relations; joint-employment; crisis management; change strategies; management company relationships; litigation support; and the strategic restructuring of established companies.

I am a frequent speaker at programs for the International Franchise Association, universities, law schools, and retail and professional organizations and have lectured and written for the ABA Franchise Forum and the IFA’s Legal Forums. I have lectured at several universities and law schools including St. Thomas University, Georgetown Law School, New York University School of Law, Benjamin N. Cardozo School of Law, Nova University, the University of Arizona, Johnson & Wales University, MIT Sloan School of Management, Harvard Business School, University of California San Francisco (Berkeley), Howard University and Emory University School of Law and The Ohio State University. I have spoken at the Doha Economic Conference in Qatar on the use of franchising to create a middle class in the Middle East and on behalf of the International Franchise Association I have testified and presented to Federal, State and Local legislators and regulators on franchising.

I have been appointed as an Adjunct Professor at The Ohio State University’s Fisher College of Business and have developed and teach a graduate course of studies on Commercial and Social Franchising.

I have completed the requirements and have been awarded the designation of CFE (Certified Franchise Executive) by the International Franchise Association’s Education Foundation (“IFAEF”). I have developed and presented several courses for the IFAEF.

I have been qualified as an expert in franchising in Federal and State Courts and in Arbitrations. I have testified in cases involving franchising, licensing, and labor for franchisors and franchisees in the United States and internationally.

I am Chief Concept Officer and a member of the Board of Directors and Executive Committee of CFWShops, a Social Sector Franchisor established to provide clinical services and essential medicines in the peri-urban areas of Sub Saharan Africa. I also serve on the board and executive committee of the HealthStore Foundation and One Family Health as part of my commitment to the use of business format franchising as a method for improving the human condition and for having a world-changing impact on poverty, diseases and economic development. CFWShops is a franchisor member of the IFA, and I am the representative of CFWShops at the International Franchise Association. I serve as Chairman-Emeritus for the International Franchising Association’s Social Sector Task Force.

I am on the Board of Directors of the William Rosenberg International Center of Franchising at the University of New Hampshire. I was appointed to the State of Connecticut Low Wage Employer Advisory Board, as a person with experience in the labor force needs of the large business community. I am a member of the External Advisory Board of The Ohio State University’s Global Water Institute and on the Board of Advisors for Woman 360 in Ghana.​​​​​