Engaging qualified franchise consultants can make the difference in achieving franchise system success. In addition to our work with emerging brands, MSA advises established franchisors and non-franchisors on a regular basis.

Our approach to client services ensures that our client’s franchise offering, and their system’s structure and support are in alignment with their brand promise, their goals, and their objectives. While we are recognized for our capabilities and work with many of the leading franchised and non-franchised brands, we don’t rely on boilerplate strategies, templates and tactics when working with new franchisors.

Our reputation for client performance has allowed us to be honored many times by our peers; the International Franchise Association acknowledges us as “the leading strategic and tactical advisory firm in franchising.” We are the inaugural recipient of the Hall of Fame Award awarded by Franchise Update media. We have been selected as board members and advisors to corporations, universities and government agencies, and are active as leaders in the Professional Athletes Franchising Initiative. There is no other firm of advisors in franchising that has the reputation and can deliver the depth or breadth of experience of MSA Worldwide. 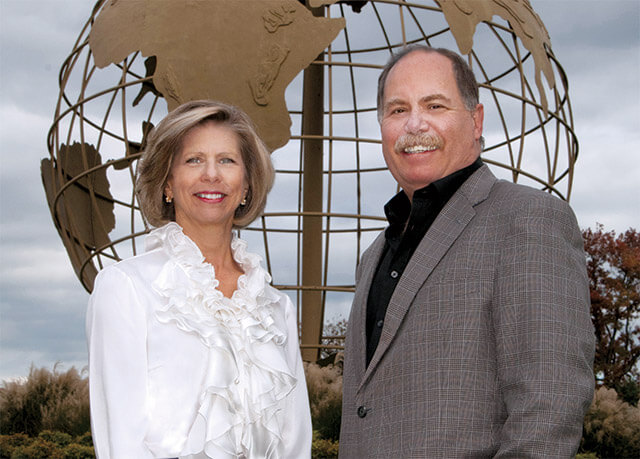 We have earned our reputation by being cognizant of the uniqueness of each of our clients and by developing approaches tailored for their brands and their competitive environments. We are proactive in our approach to client services. Most importantly, the solutions we deliver are practical and are designed to be implemented by our clients’ internal teams.

As a professional services firm, each of our client engagements is actively headed by one of our managing directors and supported by an experienced team of franchise professionals. Each of our senior team members have earned or are in the process of earning the designation of Certified Franchise Executive (CFE) awarded by the International Franchise Association’s Education Foundation. We have developed and delivered courses and authored material for the IFA’s CFE certification program, and members of MSA’s staff regularly lecture, domestically and internationally, for the International Franchise Association, the American Bar Association, other trade associations, universities and law schools, and regularly testify at federal and state legislative hearings.

We ascribe to the Standards for Consulting Services as promulgated by the AICPA, and abide by the IFA’s Code of Ethics. Our founder and ​Managing ​Director was the principal author of the IFA’s Statement of Guiding Principles, a document that was unanimously approved by its board and proclaimed as the most influential statement on franchising in the association’s history when it was adopted in 2013.

MSA Worldwide has been selected by rating agencies and risk management companies as the back-up servicer in complex securities transactions, a selection based on our professional capabilities and record of achievement. MSA is also a member of the Chambers Street Advisory Group, a team of experts drawn from various industries to act as advisors to the Special Situation Group at Goldman Sachs.

We are conscious of our social responsibilities and have provided scholarships to our nation’s military veterans. In addition, all of the author’s proceeds from the sale of Franchising for Dummies are contributed for the benefit of adopted children. MSA is also a leader in Social Franchising. Beginning in the emerging (“inner-city”) markets in the United States, MSA established and led the investment by commercial franchisors in bringing branded products, services, jobs and the opportunity of wealth creation to impacted communities. We are also active Social Franchisors in Sub-Saharan Africa, delivering healthcare and authentic drugs to the world’s poorest citizens through over 150 locally owned and operated franchised medical clinics in Kenya and Rwanda, and established the IFA’s Social Sector Franchising Task Force, which Michael Seid chairs. The IFA’s Social Franchising Task Force targets the emerging markets domestically and internationally. Social responsibility is important to MSA and has been part of our core philosophy since we were founded in 1987.

We treat each engagement with the importance it deserves because we know that the successful launch and growth of our clients' franchise systems will add to our own credibility as well. There is no other firm with the capabilities and reputation in franchising that we have achieved.

Do you have further questions about expanding your business through franchising?

MSA can provide guidance on developing a successful and sustainable franchise system.

Get Strategic Advice
Considering franchising or need guidance for your franchise?
GET STRATEGIC ADVICE